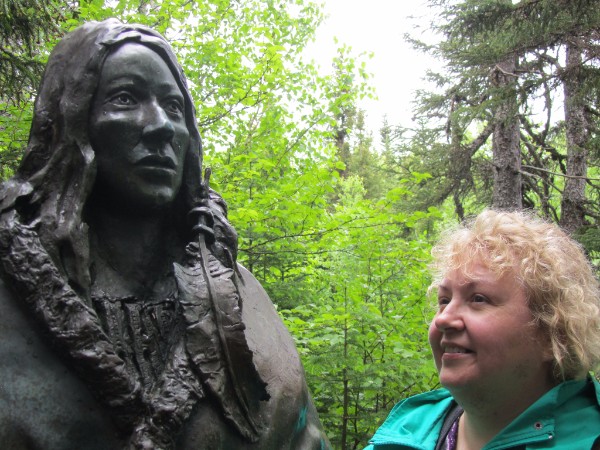 Alongside the legacy of cultural genocide against the Indigenous peoples of Canada, embodied in the residential school system, is the tragic history of what some scholars consider to be a case of full-fledged genocide. The Beothuk, the Indigenous people of Newfoundland, were declared extinct in 1829 following the death of their last known living member, Shanawdithit. The annihilation of a people due to starvation, disease, violence and competition for resources, and the loss of virtually their entire culture, followed centuries of encroachment by European settlers.

In 1819, an armed band of men journeyed into central Newfoundland seeking a Beothuk group accused of stealing their property. During the resulting skirmish, several Beothuk people were killed, including Nonosabasut, the man believed to be the chief of the tribe.

His wife, Demasduit, was captured and brought to the town of Twillingate. There she was put in the care of the Rev. John Leigh, an Anglican priest and missionary who in 1816 had become the area’s first resident clergyman and who voiced concerns about the treatment of the Beothuk.

Demasduit lived with Leigh for a subsequent period, during which they constructed a vocabulary of approximately 180 Beothuk words, translating them into English as an aid to communication with the Beothuk, particularly for missionary work. That vocabulary forms the base of much of the surviving knowledge regarding the language and culture of the Beothuk.

“It’s sort of like one line in history—she was put in his care,” Mercer noted. “Nothing really about why.”

Mercer’s interest in answering these and other questions eventually grew into a full-scale research project. Taking place over three years from 2016 to 2019, the project brings together a group of scholars from Newfoundland and the United Kingdom to look at the relationship between Demasduit and Leigh—and by extension, the broader interaction between the Beothuk and Anglican tradition.

“A story we struggle with”

For Mercer, the extinction of the Beothuk people is a topic that remains fully relevant today. As a theologian, she seeks to understand that history in terms of reconciliation and how to strive for justice centuries after the destruction of an entire people.

“I think it’s still a story we struggle with … We’re reconciling ourselves with a piece of history and with a story that sometimes people are uncomfortable with,” Mercer said. “But I do still think it’s an important piece of work that we really have to work through.

“It’s a part of our identity and our history … So many of the attitudes that were dominant in the culture of the time enabled the situation in which the Beothuk became extinct … Work that’s being done across our national church has the potential to bring healing to our historical understanding and to ourselves in many ways.”

One of the first people Mercer reached out to was colleague Dr. Suzanne Owen, senior lecturer in theology and religious studies at Leeds Trinity University and the University of Chester, UK, who first learned about the Beothuk while doing field work with the Mi’kmaq in Newfoundland for her PhD.

In Owen’s view, the questions raised by Leigh and Demasduit’s brief mentions in historical texts (“How did Leigh get involved in the incident? Did Anglicans have a theological interest in the Beothuk?”) posed a unique opportunity for insight into early church-Indigenous relations from a religious and theological perspective—one which could uncover untold aspects of the Beothuk story.

“Most academics researching the subject do so from historical or cultural perspectives,” Owen said.

Visit the Anglican Church of Canada website next week for the conclusion of this story.